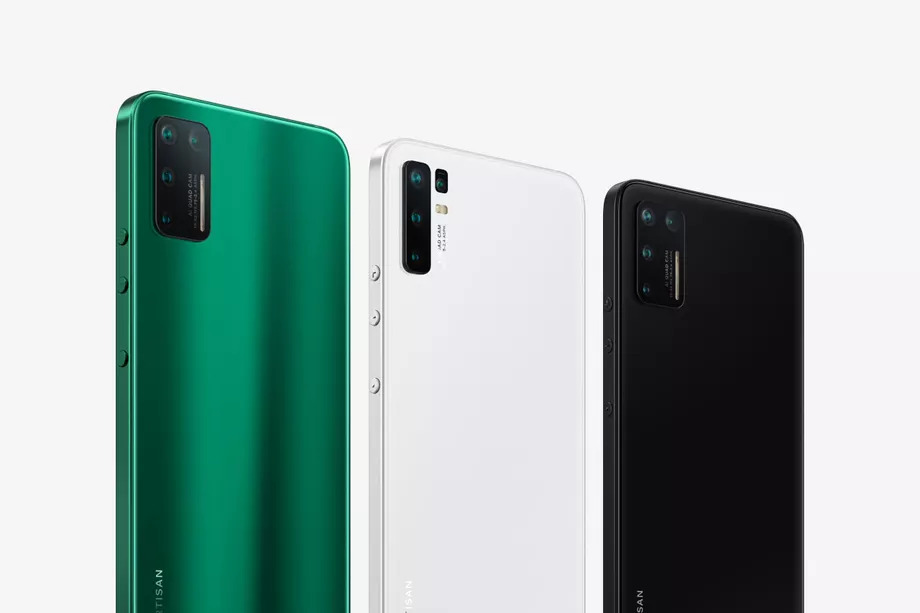 Over the past year or two, TikTok, after merging with musical.ly has become the hottest social media app. It became the most downloaded app in the United States in October 2018, and later in 2019, achieved one billion downloads worldwide. Cited as the 7th most-downloaded mobile app of the past decade by multiple media outlets, TikTok also became the third-most downloaded non-gaming app in 2019. The popular video-sharing platform allows its users to create short videos, while also providing special effects to embellish their videos, and share them on their social media channels.

From dancing, to lip-syncing to pop songs, TikTokers can create any and all kinds of videos, and TikTok’s growth in popularity is in large part due to India, with 119 million active TikTok users in the country.

While creativity and personality go a long way in making a viral TikTok video, one also requires a decent phone with large screen size, good primary and front cameras, and a powerful chipset in order to capture, edit and share crisp, clear videos. Here are some of the best premium and budget mobile phones currently available in the market, that will help you in making stunning TikTok videos.

With a massive 6.52-inch display, a 4,000mAh battery capacity and fingerprint scanner, Tecno Spark Go Plus is one of the most vaunted budget phones in the country. The phone’s 8MP primary camera, which is complemented by dual flash light makes it the perfect phone to capture stunning videos. Furthermore, the smartphone also comes with an 8MP selfie camera and a front flash, enabling you to take clear photos and videos. You can buy this phone under no cost EMI mobiles offer provided by Bajaj Finserv EMI Network Card. This is awesome phone in this price range.

OnePlus smartphones have carved a place for themselves in the smartphone market, because of the brilliant primary and secondary cameras that come with their phones. The OnePlus 7T phone is no different; with 4K video recording support in both 30 and 60 frames per second (fps), one can take crystal clear videos using the OnePlus 7T smartphone. Furthermore, it also comes with a 48MP primary wide sensor, along with 12MP telephoto sensors. The smartphone’s ultra-wide sensor allows you to record 1080 pixel videos, while users can also shoot up to 960 frames per second super slow-motion videos, making it the ideal option to create entertaining TikTok videos.

Realme 5S is yet another fantastic option for those that are serious about creating top-notch quality videos. With 4GB RAM and 64GB internal storage, Realme 5S packs enough power, and provides a seamless mobile experience. Furthermore, it is powered by Qualcomm Snapdragon 665 SoC, and also comes with a quad-rear camera setup, with a 48MP primary camera, and an 8MP ultra wide-angle camera. The smartphone also houses a 13MP selfie camera, and sports a large 5,000mAh battery for long-lasting usage.

When you are searching for the best Android phones to record TikTok videos, you have to consider the Samsung Galaxy S20 series. With rear cameras capable of shooting videos in 4K with excellent dynamic ranges, the S20 series enables users to take stunning videos. Furthermore, its array of rear cameras, and 10MP front camera (40MP for Galaxy S20 Ultra) ensure that you capture videos with in-depth detail and in vivid colours.

Depending on your budget, and your decision to either purchase a flagship product or a mid-range phone, you can go for one of the above mentioned phones to create viral TikTok videos. Now you don’t have to worry about paying the entire amount to buy the phone upfront either. Instead, you can also opt for no cost EMI mobiles, and buy the smartphone you desire on easy EMIs. You can find a wide range of smartphones at Poorvika Mobiles, the largest Omni channel retailer for mobile phones in Asia. Just walk into any of its 390 outlets in any of the major cities, and purchase the phone you desire to create viral videos.