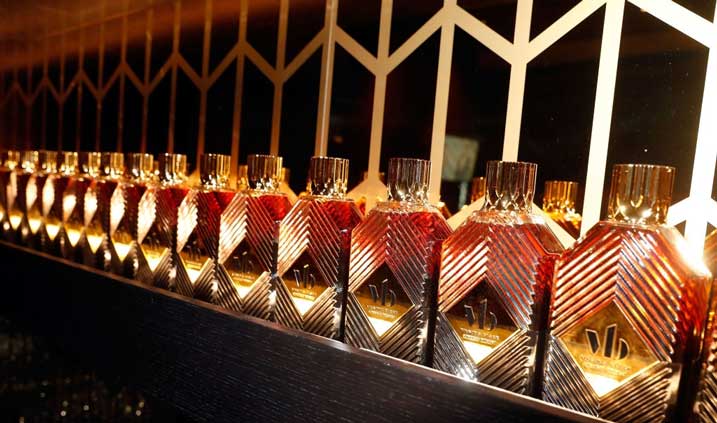 Virginia Black whiskey has been created due to a collaboration between Brent Hocking (creator of the DeLeón Tequila range) and the Canadian rapper and actor Drake. Now, before you start googling where to buy Virginia Black, let’s know a bit more about the creators of this amazing whiskey brand:

Known for his approach to lifestyle branding and incredible palate, Brent Hocking is a proven spirits producer who draws inspiration from his diverse knowledge of design, music, and fashion. He founded DeLeón Tequila, the ultra-premium spirits brand, in 2009. Less than five years later, the company was sold to the largest spirits company in the world, Diageo PLC. The Diageo sale earned him worldwide recognition and even won the “M&A International Consumer Retail & Products Deal of the Year.”

When he was working as the CEO of the DeLeón Tequila, he was very meticulous in his approach and oversaw every aspect of the brand, including spirit production, barrel aging, marketing efforts, exit strategy, etc. Instead of the caramel flavouring, he used the French Sauternes Barrels, which completely changed the process of barrel aging in tequila. His work has pioneered a completely new class of tequila.

Hocking is also the winner of Robb Report’s “Spirit of the Year” award three times in a row, and he is the only person in the magazine’s 25 years of history to achieve this accomplishment. Also, at the World Beverage Competition organized in Geneva, Switzerland, Hocking was named Grand Champion back-to-back two years in a row. In addition, he has won five industry awards for five different tequilas for five consecutive years under the name of the DeLeón brand.

Recently, he created a joint venture with Proximo Spirits and Drake to create and launch the Virginia Black Decadent American Whiskey. He continues to develop spirits and design custom houses from his showroom space in West Hollywood.

Drake is undoubtedly among the most accomplished artists of the decade. His crossover appeal and magnitude of influence are unmatched and unparalleled. Since 2009, he has received 52 awards and more than 280 recording nominations. He holds the record for most number-one singles in the Rap and R&B/Hip Hop categories. He is also one of the two artists who have occupied the top three positions of the Billboard chart simultaneously.

Apart from his very successful music career, he also has a large social media following and a fan base. He is a Toronto native who was named Toronto Raptors NBA franchise’s Executive Global Ambassador. When the Raptors hosted the 2016 NBA All-star game, Drake was given the key to the city. In 2014, Drake hosted the ESPY awards that were nationally televised. In 2015, he was the headliner in the Coachella Valley Music Festival. Apple Music selected him to represent their streaming service, and within six months after the launch, they had accumulated more than 10 million paid subscribers.

In 2015, at the Billboard Latin Music Awards, Drake won the ‘Crossover Artist of the Year award. The same year, he was the most searched artist of the Hip-Hop or rap genre. Many of his music videos like ‘Hotline Bling’ have more than a billion views on YouTube. His T-mobile commercial that aired in Super Bowl 50 was viewed by more than 112 million people and received about 54.7 million social media impressions.

Both of them are incredible professionals in their field. Before you start searching ‘where to buy Virginia Black whiskey near you, please note that it is bottled at 40% ABV and priced at AU$79.99. This product is the result both Hocking and Drake had for music, style, and taste.