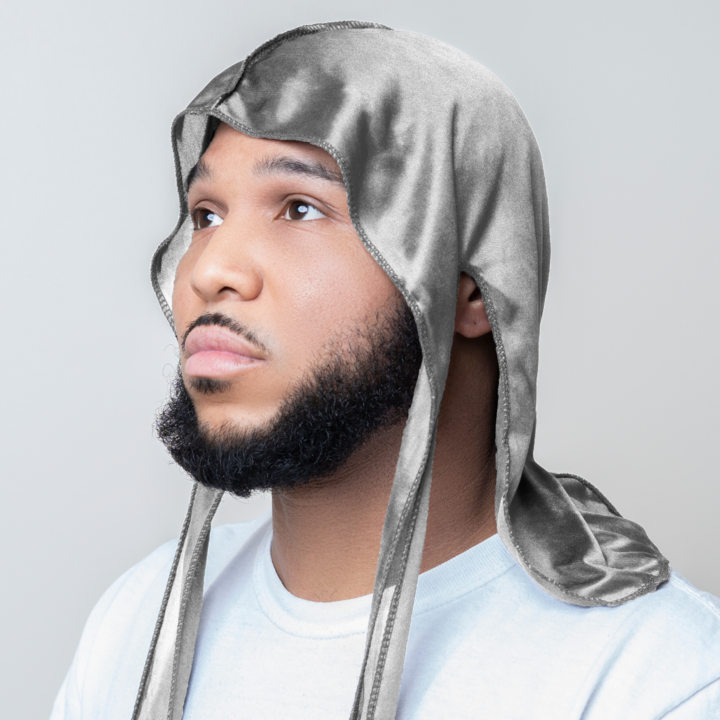 Durags used to be essential hair care and fashion accessory back in the 60s and 70s. These were popular in the 90s as a fashion statement like a headband to protect your hair while maintaining hair waves.

Durag is a silky piece of fabric that’s either made from pure silk, satin, or polyester. These silky fabrics are used to be tied on the head to keep hair in place to form 360 waves, as well as protect hair from environmental factors. Many people even wear durags while exercises and going to bed to keep their hair intact without damaging them.

How to Tie a Durag

After knowing what a durag is and its benefits, you might be wondering how to tie it. Tying durag depends on the type and style of durag you pick for yourself and the purpose you want to use it for. Here we’ll discuss only the primary form of wearing durag for securing 360 curls.

If you want to wear durag daily, the best way to tie it is by making sure that its front edges nicely rest between your hairline and eyebrows. Your hair should be covered completely. It’s okay if your sideburns are sticking out from the sides. But you need to pay attention to the center part of your head when tying durag, ensuring it’s even.

When everything sets in place, now pull the ties to the backside with each hand. At the back, you want both ties to rest behind your ears – NOT over them. Now, cross the ties one over the other in the end. After that, roll up the ties into themselves.

Make sure the ties cross in the back, wrapped around the head again while crossing them in the middle of the forehead. Make a complete look of the ties to the back of the head to secure the durag in place.

Tying Durag When Going to Sleep

If you want to put a durag on while going to sleep, you need to follow the same instructions as given above. However, it would help if you considered certain things to ensure a perfect 360 waves.

To begin with, when lining up the durag on the head, make sure it is inside out. If the seams are against the head, you may notice impressions on your hair later on.

What Does Durag Signify

Earlier, durags were not worn to public places. These were meant to be worn inside houses only. However, after the movement of black liberation in the 60s and 70s, people were worn by people even outside their homes.

At first, durags were worn as a significant marker of blackness. They were symbolized as an object of mutual understanding or shared experience among blacks. But in the 90s, durags started trending and even donned by rappers like 50 Cent, Chamillionaire, Cam’ron, etc. who used to wear durags everywhere they went. They also wore durags underneath fitted caps.

Later, durags were being manufactured in a variety of colors and prints. Some people were even seen wearing American Flag durag. Now, people wear durags for different reasons that vary from forming waves to keeping hair in place while exercising or going to bed.

Furthermore, wearing durag helps in keeping your hairstyle intact, no matter what activity you carry out. This way, no environmental factors like wind, pollution, etc. can mess your hair. That’s why many people prefer wearing durags regularly to maintain a natural appeal, moisture, and texture of their hair. You can even wear it to keep your hairstyle protected from the wind when going to a party or wear it while working out so that your hair doesn’t irritate you during the exercise session.

Durag is indeed a famous fashion item that has gained acceptance among youth for a long time. While some associate it with negative facts, others love to don it as a fashionable item. If you belong to the latter category, you need to check out the latest durag collection at the websites of some reputed durag sellers.