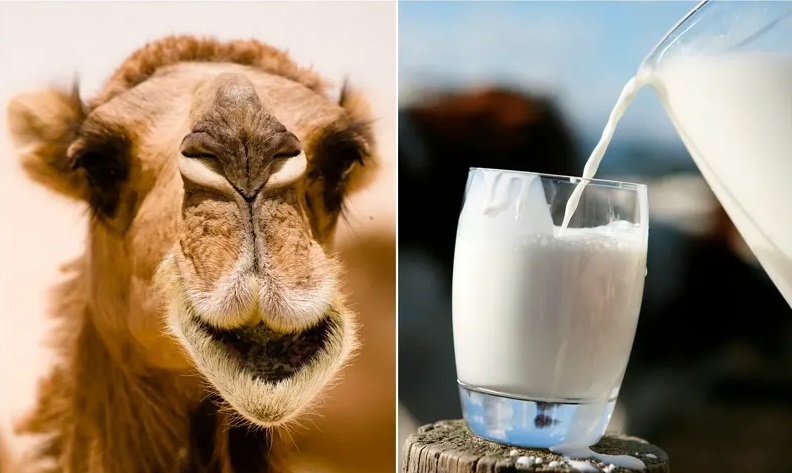 Camel Milk is derived from Camels and is uniquely one of those animal-based milk that is safe for consumption for those with dairy allergies.

It is safe for use by those with dairy allergies, primarily because of its difference in protein & fat structure than cow’s milk. Camel milk is also known for its high concentration of proteins, vitamins, and minerals.

If you were to ask what is camel milk good for & how is it better than cow’s milk? Here’s how:

Apart from these features mentioned above, camel milk is also naturally 50% lower in its fat content. It also has a 50% lesser saturated fat content than cow’s milk. Camel milk is also a natural probiotic that assists the growth of healthy bacteria in one’s guts, making it easier for food to digest. It contains plenty of calcium resources that provide daily value into one’s stomach.

Benefits of camel’s milk – There are plenty of camel milk benefits, here are a few of them:

Fully developed nations seem like the obvious reason for this issue. However, newly developing nations such as India & China are huge contributors in adding to this concern. They have an ever-growing market that calls for a massive rise in the demand for milk & milk-based sweets and products.

The projected rate of growth in the demand for dairy in the years between 2005 & 2050 is estimated at around 50%, which is truly a huge amount. The large areas of land that industrial dairy farms take up, often leave its immediate surrounding areas and the Earth with major water and air pollution issues.

So, shifting over from all other animal-based dairy milk & products, and consuming camel milk instead will put less of a strain on the environment. Camels use up minimal land for grazing & thus nations are increasing their camel farming capacity. This makes the whole dairy milk harvesting process a less expensive and expansive one. Also, it does not deplete the soil nutrient sources as drastically as grazing cows. Camel milk is fundamentally sustainable food that comes from sustainable sources.

These are the many camel milk benefits that should ideally tip you over and make you want to try a hand at having camel’s milk. Happy Trying!