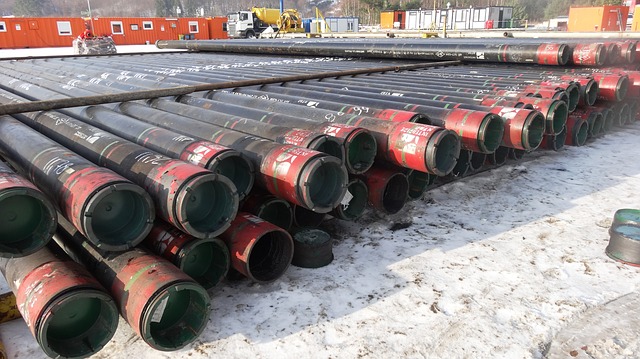 Oil drilling was not as efficient as it is today. Oil drilling has improved due to technological advancements. The equipment used in the past years is not being used in recent years. The oil drilling has an interesting history, and the growth seen over the years used is quite significant.

The evolution of oil drilling has greatly been influenced by the development inventions of the oil rig. The modern oil rigs developed by Kor-Pak are efficient, and this was not always the case. The oil rigs have been different throughout the years. Let’s take a look at how the oil rigs have developed;

The earliest rigs in history when oil was now being used for commercial uses. They were made of wood and could not be easily moved. They were commonly used around the years of 1859-1900.

Wood being flammable, was not appropriate for drilling oil as they caused fires quickly. The reason for building using wood was because they were easy to build, and timber was readily available. At first, the rigs drilled by slamming cable tools to get the oil. The rotary drills were quickly developed to enhance efficiency.

An oil boom in Texas in the year 1901, caused many firms to join the oil industry. It influenced the invention of better drilling rigs. The blowouts were a thing of the past with the design of blow out preventers.

The wood rigs were disposed of, and the steel rigs were used. The steel rigs did not spark fire hence way better. There were also improvements in drilling such that even horizontal drilling could be done with the platforms.

The wood and steel rigs used steam for combustion of engines, and in the 1970s, mechanical power was incorporated. The technology of the platforms further improved, and the rigs could accurately direct drilling while maintaining rotation. The use of mechanical energy generates a lot of power than steam; hence the efficiency improved.

The rigs have significantly improved by incorporating even soft wares. Drilling has become more efficient with improved ease of control. The soft wares have made controlling as easy as playing a video game. The hydraulic drillers can move hence are more productive.

They have incorporated pads enabling them drilling in any direction precisely. The rigs have a high output, more efficient, and cannot catch fire.

Oil drilling has improved over the years. The rigs have been the major contributors of the evolution. The oil rigs have been developed from time to time to improve their efficiency. The modern-day platforms have achieved efficiency but can still be removed.

We have come a long way, starting from the wood rigs progressively to the modern platforms. The rigs have evolved oil drilling, enabling it to be more efficient. Oil is a commodity that is always in demand and is required in large amounts. Efficient drilling will help the need for oil. Technological advancements of oil drills are expected in the coming years, helping improve oil drilling.