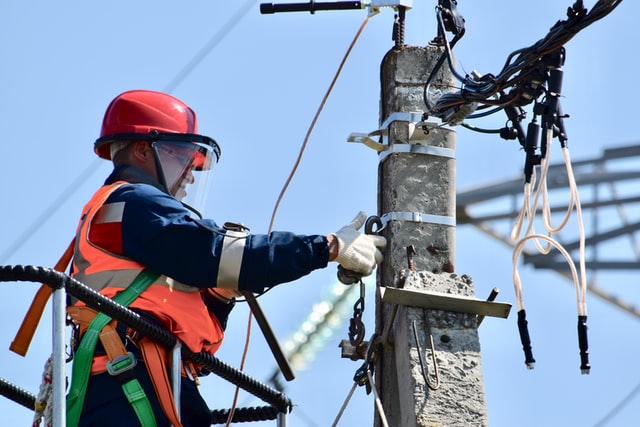 A few celebrities are either born into stardom or become famous at really young ages. However, the vast majority of the biggest celebrities have less glamorous pasts. Before becoming stars receiving accolades for their work, most actors, musicians, scientists, and artists were working regular 9-5 jobs before their careers. While working at cafes and fast food joints before blowing into a star is a cliche romanticized idea in movies, most people in these industries opted for traditional jobs before discovering their talents and abilities.

When interviewed, you will hear these celebrities saying that they were cleaners, accountants, teachers, and even truckers before becoming famous. However, one exciting career choice that a number of celebrities had before they became famous is working as electricians. Elvis Presley was an electrician, and his experience in the electrical field proved useful in his successful musical career. For instance, some say that electrical emergencies teach you how to handle live performance adrenalin. Here are other famous people that worked as electricians in their early lives.

If you don’t know who Rowan Atkinson, then you most probably know Mr. Bean. Most famous for his iconic role as the comic Mr. Bean, Rowan Atkinson is an award-winning actor and comedian. If you follow celebrity lifestyle insights, you will have known that the celebrated actor pursued a degree in a different career than acting, at Newcastle University. Atkinson studied electrical engineering there and proceeded to pursue a master’s degree on the same, at The Queens College. However, Rowan Atkinson involved himself with writing as well as performing sketches even in those early days. Even after studying electrical engineering at the master’s level, Atkinson opted to pursue a television and radio career.

It will probably come as a surprise to you that before Albert Einstein became the iconic scientist that everyone knows him as today, he worked as an electrician in his dad’s company. Einstein’s father and uncle had founded this electrical engineering company while he was still young. This company was the first to bring electricity to Munich, Germany. Einstein was an electrician assistant. However, Albert Einstein gave more importance to his scholarly endeavors than his electrical career. The Einstein brothers eventually lost their bid to light all of Munich because their equipment was not sophisticated enough to convert direct current into alternating current.

Before he ever became the guitar for the world’s most iconic boy band, The Beatles, George Harrison worked at Blackler’s store as an apprentice electrician. However, Harrison was not really good at it, as he once mentioned to reporters. In his own words, he “kept blowing things up, so I got dumped.” While still working as an apprentice electrician, George Harrison played with The Quarrymen, who later changed their name to The Beatles. Although his career path as an electrician did not work out for him, he did benefit from this apprenticeship. He was good at setting up sound equipment for the band, which was beneficial.

Other celebrities that worked in the electric field before they become famous include John Deacon and Alfred Hitchcock.