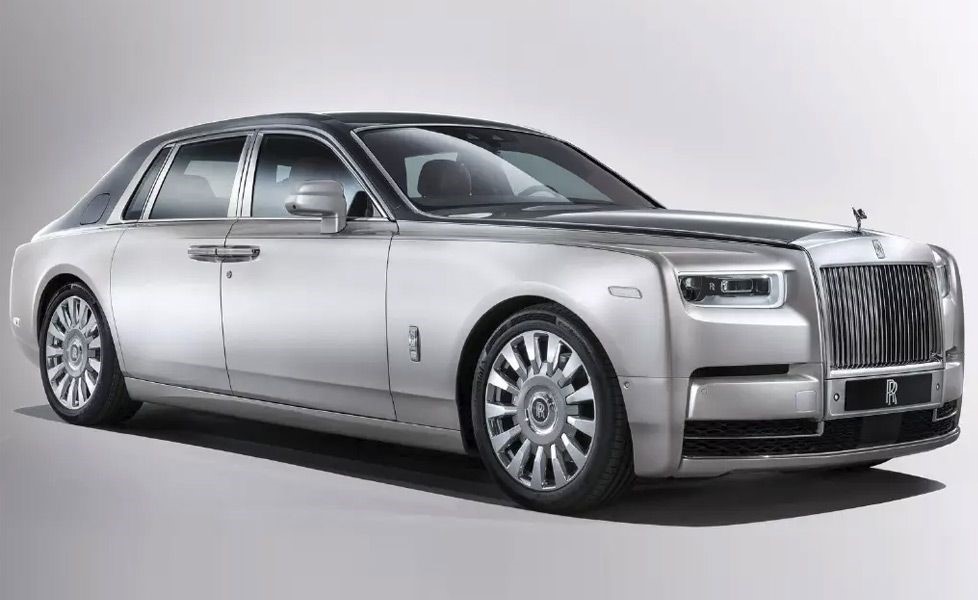 There are some really swanky cars on sale in India, despite the state our roads. All these cars are Completely Built Units sent in straight from their factories in their respective countries. These cars may be exorbitantly priced, but this also partly due to the fact that the import duties and taxes add to the overall price of the car. India is full of well-heeled auto enthusiasts who indulge in these hobbies of buying and collecting luxury and sports cars. Now while there may be a limited lot buyers for these cars, nothing stops manufacturers from showing interest from all over the planet.

The Rolls-Royce Phantom VIII is the most expensive car on sale in India. It is built on an all-new aluminium spaceframe platform, making it lighter than the car it replaces. This is also the same platform that underpins the Rolls-Royce Cullinan, which has improved refinement and ride quality as well. The car is powered by a 6.75-litre, twin-turbo V12 engine that makes 563bhp and 900Nm of torque. The engine is paired to an 8-speed automatic transmission. The extended wheelbase version of the Phantom is 5982mm in length. Some rather unique features include a champagne chiller and flutes, a starlight roof and buttons to open and close the doors.

The Aventador SVJ is powered by a manic 6.5-litre V12 engine that belts out 759bhp and 720Nm of torque. The car can accelerate from a standstill to 100kph in just 2.8 seconds, and can reach a top speed of over 350kph, with power being channeled to all four wheels through a 7-speed transmission. The Aventador Superveloce Jota costs more than the Aventador S, but what you pay for is more performance and exclusivity, since only 900 examples will be made and sold all over the world. In terms of performance, the SVJ is at par with the low-volume Centenario. The car features four-wheel steering and Lamborghini’s second-generation active aerodynamics system.

When it comes to performance, the 6.8-litre, twin-turbo V8 petrol engine produces 504bhp and 1020Nm of torque. This 2.7 tonne car can sprint from 0-100kph in just 5.1 seconds. The Mulsanne is sold in India either as a standard wheelbase model or an extended wheelbase model. A high level of customisation is available for the Bentley Mulsanne. Opt for the ‘Mulliner Driving Specification’ package, and you will get diamond-quilted leather upholstery, 21-inch polished alloy wheels, lambswool rugs and rear quarter vanity mirrors. A host of other features include a refrigerated bottle cooler for rear passengers, seat ventilation and a massage function for all four seats, a huge panoramic sunroof and 10.4-inch electrically deployable tablets.

The Aston Martin Vanquish is the second most expensive Aston after the One-77. It has replaced the DBS and is powered by a 6.0-litre, naturally-aspirated V12 engine that churns out 565bhp and 630Nm of torque, with power being sent to the rear wheels via a 6-speed automatic transmission. The car can sprint from 0-100kph in just 4.1 seconds. Aston Martin decided to bring this car to India because a massive chunk of the company’s sales come from the high-end models. The Vanquish is more of a Grand Tourer but competes with the likes of the Lamborghini Aventador and the Ferrari FF.

The 812 Superfast is the F12 Berlinetta’s front-engined, rear-wheel-drive, V12 successor. On a straight stretch of tarmac, the car can do 0-100kph in just 2.9 seconds and will go on to reach a top speed of 340kph. Lying pretty under that long bonnet is a 6.6-litre, naturally-aspirated V12 engine that makes 789bhp and 718Nm of torque, making it the most powerful series-production Ferrari in the line-up. It also gets F1-Trac, Side Slip Control and a third-generation e-differential. The car strictly seats just two and comes with a whole range of options to choose from.

The Porsche 911 GT2 RS is the fastest road-going 911 made till date. It made its debut at the 2017 Goodwood Festival of Speed and is powered by a 3.8-litre flat-six engine that makes a whopping 690bhp and 750Nm of torque. The GT2 RS gets a 7-speed dual-clutch automatic transmission that’s been heavily tweaked to keep up with all that extra firepower.Power is sent to the rear wheels alone, and the GT2 RS can sprint from 0-100kph in just 2.8 seconds. Given the beans, it’ll reach a top speed of 340kph, making it as fast as its hypercar sibling – the 918 Spyder. It is also known to be the fastest production car to lap the Nurburgring in just 6 minutes and 47.3 seconds.