What is oculoplastic eye surgery?

Falling under ophthalmology, it is a specialized field of medical science that deals with reconstructive and plastic surgery. The surgery is done to correct eye problems, like drooping eyelids (known as ptosis), tumors and cysts on eyelids, orbital fractures and other issues, thyroid eye disease, and artificial eye. The branch also entails cosmetic surgery of eyebrows and other aesthetic treatments, such as botox (botulinum toxic injections) and blepharoplasty. 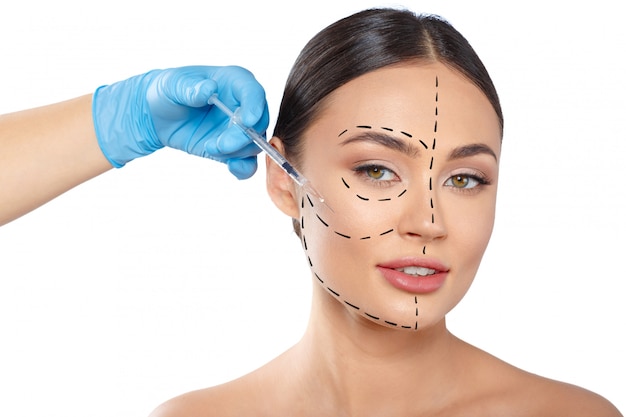 All in all, oculoplastic surgery is done for functional and cosmetic reasons.

What are the major oculoplastic procedures?

The best oculoplastic surgeon in India performs various surgical processes to deal with many problems of the eyes. Oculoplastic procedures treat a plethora of eye disorders, including-

It is a condition in which the upper and lower eyelids turn inwards. Hence, the eyelashes and skin rub against the eyes.

In this condition, the lower eyelids sag and turn outwards, exposing the eyeball.

The surgery involves treating benign and malignant growths on eyelids or face.

It is a common eye condition marked by excess fat or eyelid skin above and below the eyes.

It involves the treatment of benign and malignant tumors of the eyes, orbit, or eyelids.

It is characterized by blockage of tear ducts resulting from illness, injury, or birth.

Reconstructive surgery is performed to correct problems with the eyelid, orbit, or eye caused due to injury.

What are the risks associated with oculoplastic surgery?

What to expect from oculoplastic surgery?

Local anesthesia or general anesthesia or is given to the patient, as decided by the surgeon. Some surgeons also put special contact lenses on the eyes of their patients during the surgery. The lenses protect eyes and also safeguard them from exposure to the bright lights of the surgical room.

In the majority of cases, oculoplastic surgeons let their patients go home the same day post-surgery.

Oculoplastic surgery is a highly-specialized field of medical science. The experienced oculoplastic surgeons perform these highly complicated surgeries to help their patients with ocular problems or for cosmetic purposes.