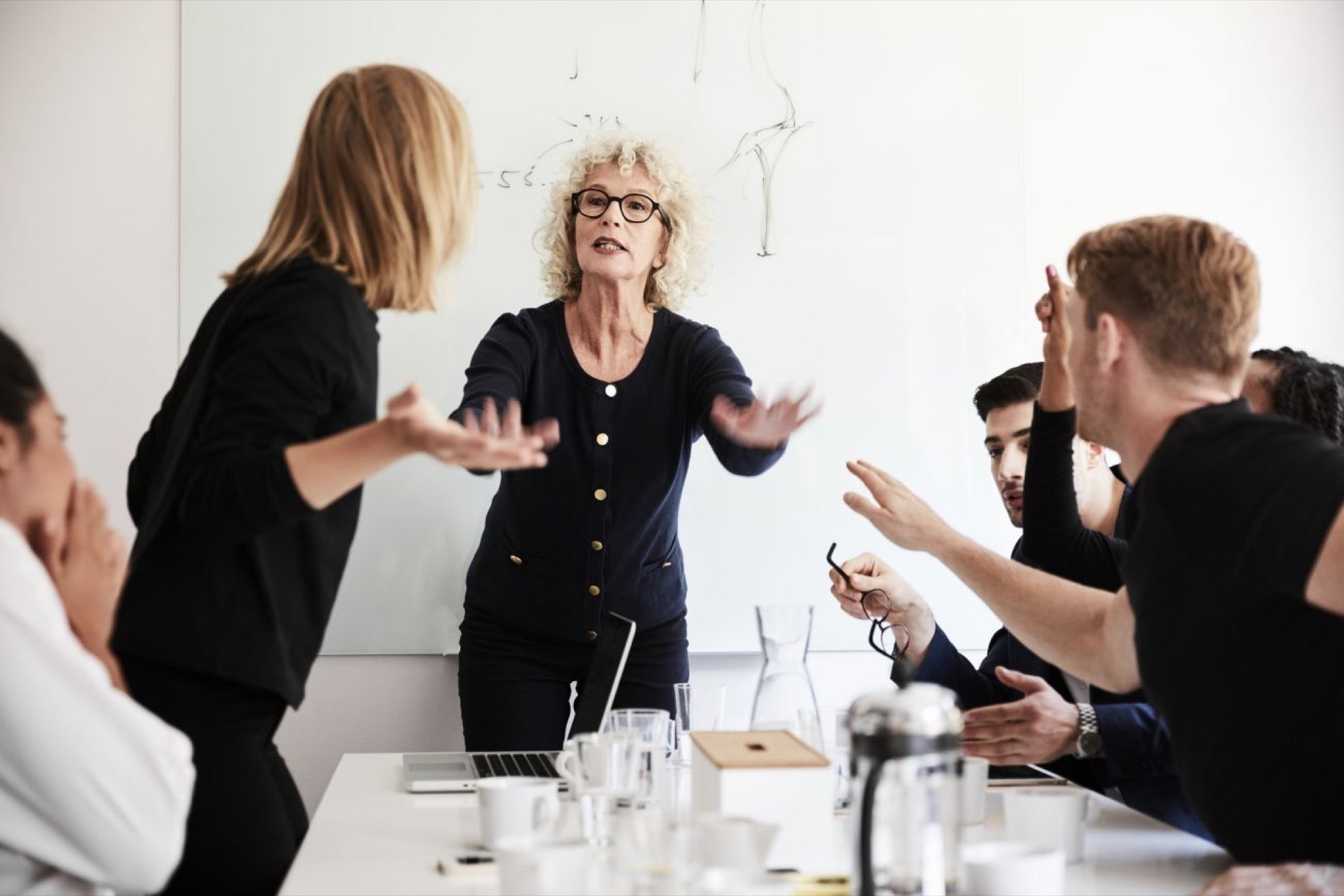 Conflicts in the team are part of everyday working life. It is all the more important to master suitable methods in order to constructively resolve conflicts in the workplace and to improve the working atmosphere.

This is not always the case in both private and professional life. Conflicts with colleagues or supervisors are normal. Even with the best prevention, not every argument can be avoided. Find out books about conflict management and how best to resolve conflicts in this article.

The definition contains important information on conflict management. On the one hand, each company has conflicting views or interests. Strictly speaking, they are indispensable because they serve to question processes, products, or complete strategies – in this way, conflicts among colleagues help move the company forward. On the other hand, conflicts in the workplace can lead to a falling out, which is a burden for the employees involved and the company as a whole. A good culture of debate is all the more important.

How do conflicts with colleagues arise?

Conflicts in the team usually take place on several levels. This makes conflict management much more difficult. Because an engineer often does not understand why a colleague suddenly encounters him with hostility – and under certain circumstances chooses the wrong methods to resolve the conflict. So what are typical triggers for conflicts in a team?

Differences on a factual level:

One cause of a conflict with colleagues, which occurs relatively frequently among engineers, is deviating opinions, i.e. disputes over the content. This can refer to discussions between two engineers or the conflicts in the workplace are cross-departmental. For example, the development engineer does not agree with the sales approach. It can escalate if the fronts are so hardened that they make cooperation beyond this factual issue more difficult, or if this conflict in the team does not remain on the factual level but is transferred to a personal level – which, by the way, is a sign of a bad one Culture of debate is.

These conflicts with colleagues represent the opposite pole to the factual level. Because they arise because one employee simply does not like the other and therefore does not behave correctly. This can go so far that arguments are provoked on other levels, for example, when the colleague tries to track down the omissions of the counterpart or misrepresents facts in order to harm him. Since dislikes are seldom expressed openly, it is not always easy in conflict management to pinpoint the source of the hostility.

Everyone is constantly making statements. This happens through words as well as through posture, facial expressions, gestures, and behavior. Conflicts with colleagues often arise from the fact that two employees communicate differently and therefore misinterpret each other’s signals.

A practical example of a conflict in the workplace that is based on a communication problem. An engineer does not comment in a team meeting while colleagues discuss a suggestion from the team leader. The engineer wants to express rejection through his silence, but the manager assumes that this is tacit consent. This leads to misunderstandings that can ultimately lead to a conflict in the team.