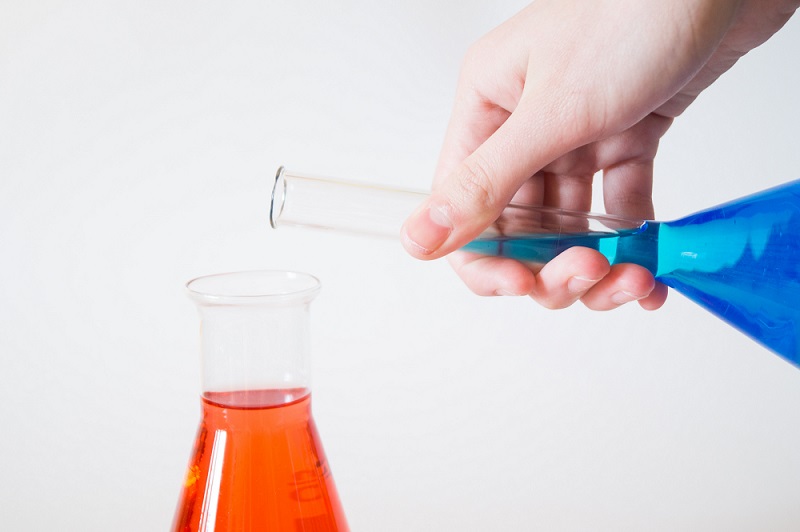 Chemistry is a field of interest for scientists as it includes almost every aspect scientists deal with. Whether, it is the observation of any reaction, calculation of the products, or to calculate the lifespan of an isotope or radioactive elements. One can have all this in one subject, and here we discuss a few of many appealing points for the scientist.

When it comes to calculating the amount of product obtained as a result of a chemical reaction, all you need to do is Yield calculations. To calculate yield, you have two different situations.

One is to calculate the maximum amount of the product achieved as the result of limiting reactants reacting in a balanced equation chemical reaction, known as Theoretical yield.

The other one is known as Percent yield, which calculates the percentage ratio of the total product of a chemical reaction.

How to calculate theoretical yield?

To calculate the theoretical Yield of any reaction, you must know the reaction, whether it has balanced equations or not. So first balance the equations. Let’s look at the following reaction where at heating potassium chlorate (KClO3), it produces oxygen gas (O2).

The above given balanced equation reaction shows that 2 moles of KClO3 will produce 3 moles of O2 and 2 moles of KCl. To calculate the theoretical Yield, use these ratios as a conversion factor. Here is a simple example.

Step 1. We need to know the amount of KClO3 in moles to use the conversion, so the first step is to convert grams KClO3 to moles KClO3. To make it easier, know the molecular mass of KClO3 is 122.55 g/mol.

Step 2: Use the chemical equation to relate moles KClO3 to moles O2.

To determine the percentage ratio of the product of the chemical reaction, you need to follow the above method to calculate theoretical Yield and also need to know the actual Yield, which is obtained at the labs.

For %yield you have the formula

what you need to do is to divide the ratios of both actual and theoretical Yield and then multiply the answer with 100 to get the percentage. Percent yield can also be calculated using a percentage yield calculator.

Let’s suppose we have the following ratio for each Yield.

And the given amount for the Actual Yield of sodium sulfate is only 37.91g, and according to the theory, sodium sulfate has a theoretical yield of 46.59g. So the percentage yield would be something like

When you hear someone talking about radioactivity decay, they mean Half-life.

Half-life is the time required for a radioactive element in which it loses half of its initial value. Formally, it is half of an isotope’s decay time. Isotopes are such radioactive elements that undergo nuclear fission or fusion reactions. Once in their lifespan, they react at least once and emit radioactive waves into their surroundings. This is when their journey of radioactivity starts and the phenomenon of Half-life acts upon them as well.

Each atom has a different half-life, from millions of years to fractions of seconds, atoms decay and lost radioactive radiation.

The formula of Half-life:

A Half-life period for the disintegration of a radioactive substance is independent of the amount of that substance.

In general for the reaction of nth order:

Here is an example

Suppose you have a radioactive isotope that undergoes radioactive decay. It started with a mass of 67.0g, and it took around 98 years to reach 0.01g.

Therefore, its half-life is t1/2=98.012.7=7.72 years. For calculating half life online, you can also find an online half life calculator.