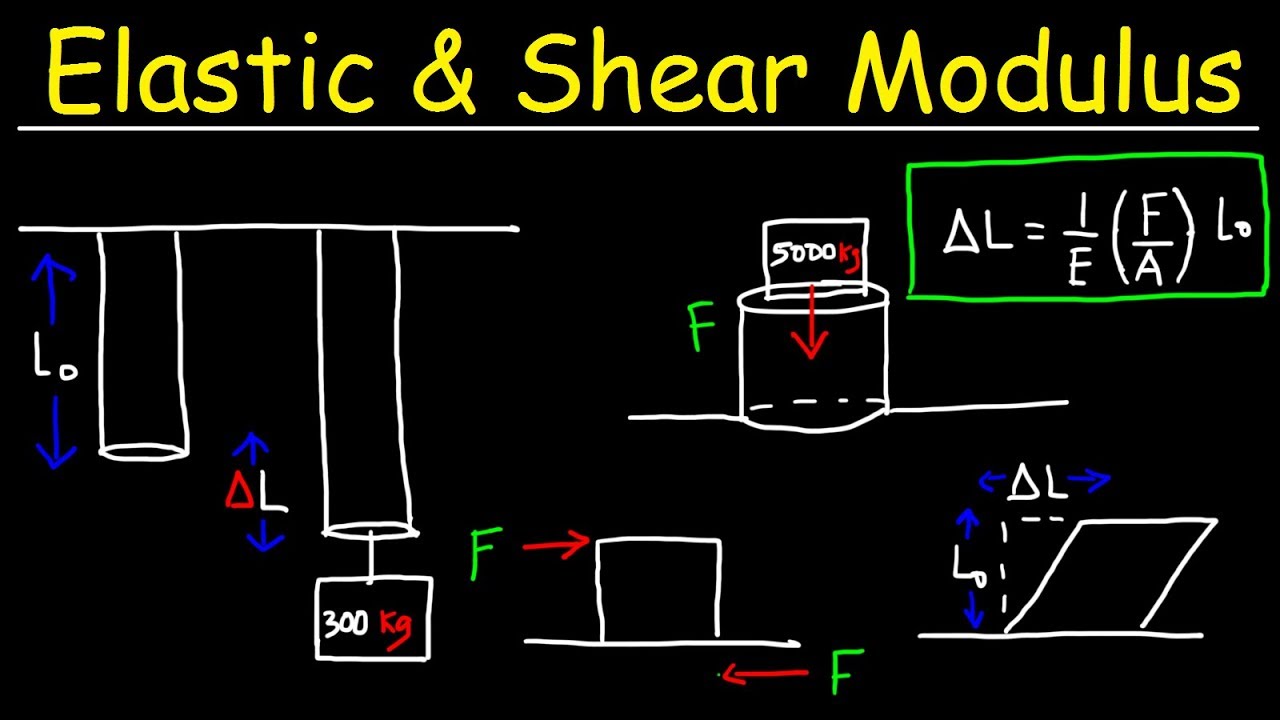 Stress is defined as the restoring force per unit area of the body. The S.I unit of stress is N/m2.

Stress = externally applied force or deforming force/Area of the body

According to Hooke’s law stress is directly proportional to the strain.

Types of modulus of elasticity

Within the elastic limit, the ratio of longitudinal stress to longitudinal strain is called Young’s modulus of elasticity. Let us consider a wire of length L, area A (πr2) and radius r. A force F = mg is applied along its length which causes the wire to expand by the length ΔL.

Shear modulus or Modulus of rigidity