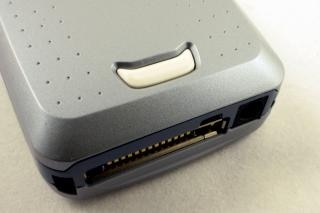 GSM is also known as a second-generation or 2G mobile phone system. Introduced in the year 1991, it is still used for several voice calls and low data rate services that require its use. Earlier, GSM was meant Groupe Speciale Mobile, but today, it is known as Global System for Mobile Communication as the system spread on a global basis. Primarily, the GSM system was designed as a second-generation cellular phone technology. The main aim was to deliver a system that would enable greater capacity to achieve instead of the previous first-generation analog system. GSM achieved its main objective by using a digital TDMA (time division multiple access approach).

By using this technique, the majority of users could be accommodated within the available bandwidth. Voice calls were the main function of the GSM phone system. In order to achieve this, speech is digitally encoded and then decoded using a vocoder. Several types of vocoders are available to use, being aimed at several scenarios. In addition to the voice system, GSM also supports various other data services. Some of the basic features of GSM are:

With a quick understanding of GSM, let’s discuss about GSM protocol stack:

Talking about GSM architecture, it is a layered model designed to communicate between two different systems. Lower layers assure the services of the upper-layer protocols. All layers will deliver relevant notifications in order to ensure that the transmitted data is formatted, transmitted, and received correctly.

The GSM signaling protocol is categorized into three layers, including

Layer 1: It is a physical layer that uses channel structures over the air interface.

Layer 2: It is a data-link layer that is the modified version of the Link access protocol for the D channel protocol used in ISDN.

Layer 3: GSM signaling protocol is the third layer divided into three sublayers, including

The RR layer is the lower layer. It can be used to manage a link, both radio and fixed, between the MS and the MSC. The primary components are MS, BSS, and MSC. The main role of the RR Layer is to manage the RR session. It is the time when mobile is in a dedicated mode, and the radio channels consist of the allocation of dedicated channels.

The BSC includes a different set of protocols once it receives the data from the BTS. The Abis interface is generally used between the BTS and BSC. Here, the radio resources are changed from the RR to the BTMS (Base Transceiver Station Management). The management layer of BTS is relay function at the BTS to the BSC.

At the MSC, starting from the BSC, the details are mapped across the A interface to the MTP Layer 1 via Layer 3. At this point, Base Station System Management Application Part (BSS MAP) is an equivalent set of radio resources. The relay process is complete by the layers that are stacked on top of Layer 3 protocols – BSS MAP/DTAP, MM, and CM. It completes the relay process. When it comes to finding and connecting to the users across the network, MSCs interact using the control-signaling network. Location registers are included in the MSC database in order to aid in the task of understanding how and whether connections are to be made to roaming users.