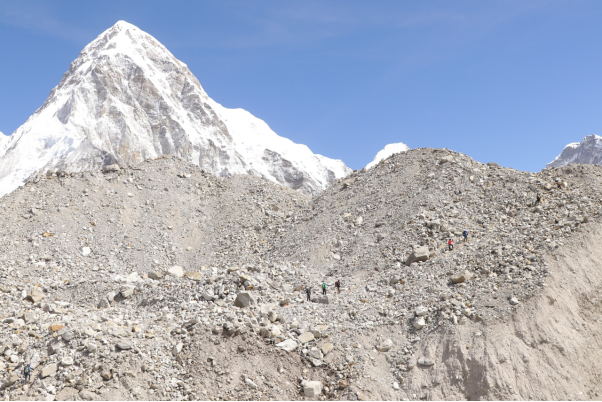 Traveling is more than just a medium to get out of a normal schedule; it is a way of life. In Nepal, take traveling and exploring to a whole new level with treks that are scattered across the country. As such, Nepal offers jaw-dropping variations in treks and trek destinations. While the longer treks explore the Nepalese societies and hidden wonders on a larger scale, there are short and easy treks that shine on their own.

These easy treks head to lower altitude regions and include relatively easier trekking terrain. So, these treks discussed below offer a sneak peek into what trekkers can expect on their Himalayan venture in Nepal.

Nagarkot and Chisapani are arguably two of the best locations to relish the Himalayan grandeur and natural beauty in such close distance to Kathmandu. The trek starts from the beautiful thickets at Sundarijal and ascends through the serene Shivapuri National Park.

The quaint Sherpa settlement in Chisapani welcomes you. Here, trekkers can relish the vista of Langtang and Gaurishankar Himalayas before joining the trail to Nagarkot. It is a popular hill station famous for sunrise and sunset views over the surreal mountains in Langtang, Ganesh, and Dorje Lakpa ranges.

One of the popular trails in the Annapurna region, Ghorepani Poonhill Trek, enjoys the mesmerizing spread of rhododendron forests and gleaming peaks in the Annapurna range. This marvelous journey begins from Pokhara and heads to Nayapul on a short drive. The trail ascends to Ghorepani village and passes several Magar and Gurung villages.

Ghorepani itself houses plenty of Magar and Gurung inhabitants. Poonhill’s viewpoint is a short hike from Ghorepani and stands out as the major attraction on the trek. The vantage point offers a panoramic vista of the mountains in Annapurna, Dhaulagiri, and Gangapurna ranges.

Tucked among the isolated trails in the eastern part of the Annapurna region, Mardi Himal Trek is more of a revelation of nature and untouched beauty. Starting from Kande, the trek heads to Australian Camp. Further, the trail continues to Landruk before settling at Forest Camp.

Thereon, the trek opens up to a desolate route with abundant flora and fauna decorating the entire journey to the base camp. The base camp and many sections of the trail offer breath-taking views of the Mardi Himal (5553m) along with the Annapurna and Lamjung Himal range.

Beginning from Syabrubesi, the trek immediately joins the company of Langtang River. The trail runs alongside the river passing Lama Hotel and Ghodatabela. Then, the Tibetan communities dominate the rest of the trail as you cross Langtang village to reach Kyanjin Gompa. This ancient monastery is an invaluable heritage that preserves and protects Tibetan artifacts and the values of Tibetan Buddhism. Here, you can also visit the local cheese factories or hike to the summit of Tserko Ri (4984m).

Richly sprinkled with natural beauty, Himalayan majesty, and cultural lifestyle, Everest Short Trek is the best way to get to know the Everest region’s basics.

The trip begins with a surreal flight to the Tenzing Hillary Airport at Lukla. Heading to Namche, you follow the Dudh Koshi River and enter the Sagarmatha National Park. As you soak in Sherpa culture and way of living, you trek alongside the Imja River to reach Tengboche. This Sherpa village is known to house one of the oldest monasteries in the Khumbu Valley- Tengboche Monastery. The monastery has an impressive background of Mt. Ama Dablam (6856m) and many surrounding Himalayas.

Long Treks are a test of your stamina, perseverance, skill, and require a huge part of your time and effort. That does not limit your opportunities to travel and revere the natural and cultural riches here in Nepal. Choose the trek of your choice and explore Nepal’s majestic hallmarks while having a fairly comfortable journey. Thus, easy treks in Nepal are the best way to get a feel for trekking and exploring Nepal.