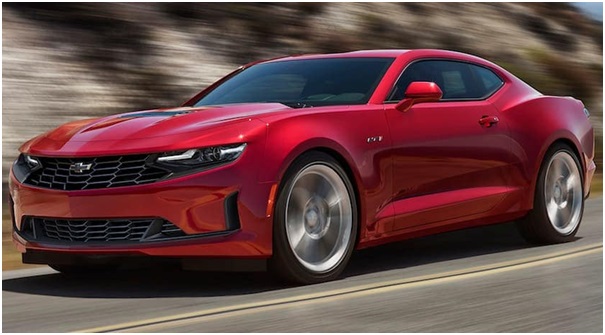 Camaro has been a popular performance car model from Chevrolet at the beginning of the story, but through these years it has become one of the most popular sports car around the world. It has recently joined the team of sports car only after Chevrolet evolved it out from the category of mere muscle car.

We gathered from the staff members of the Jacksonville Chevy dealership, that for this year, Chevrolet has specially added more value to the Camaro model series. The changes for the 2020 year edition thus include the introduction of a new V-8 engine powering a new trim model as well, named as LT1. It is able to make out 455-horsepower from a 6.2-liter V-8 engine along with a bevy ofadvanced technology equipment to support the sporty drive moments.

The new LT1 trim model joins the 2020 edition lineup. So the present lineup of the 2020 Chevrolet Camaro sees1LS, 1LT, 2LT, 1SS, 2SS and ZL1, as the trim levels with the lattermost ruling the road with a whopping 650-hp derived from its muscular V-8 engine, tirelessly working under the hood. At the lower trim levels, namely the LS and LT trim models there lies a 2.0-liter turbo-4 engine that can throw out 275-hp . But Chevrolet allows the LT models to be driven with a 3.6-liter V-6 engine making 335-hp.

Coming to the transmission there is a 6-speed manual transmission set as the standard one to pair the turbo-4 engines. The 8-speed automatic is offered for them as an available option that come standard for the higher V6 engine powered trims. To handle the V8 ones, Chevrolet assigns a 10-speed automatic transmission for better maneuverability and different drive tastes.

We learned from a group of professional test drivers of the famous Chevy dealership Jacksonville, that performance being the calling card of the 2020 Chevrolet Camaro had to exhibit how well, a manufacturer can assemble the right set of driving dynamics. They proudly described how irrespective of the power source, each and every 2020 Chevrolet Camaro could perfectly strike a balance between the enormous power management and subtle body control.

For this the credit should go in majority to the stiff backbone that never allows the 2020 Chevrolet Camaro to surrender under any trying situation. Then comes the high end suspension components, a strong shock absorber, and magnetic ride control dampers all joining hands to smother down the road imperfections. The steering response is almost intuitive that turns the vehicle with a soft move even when there is an unpredictably sharp turn.