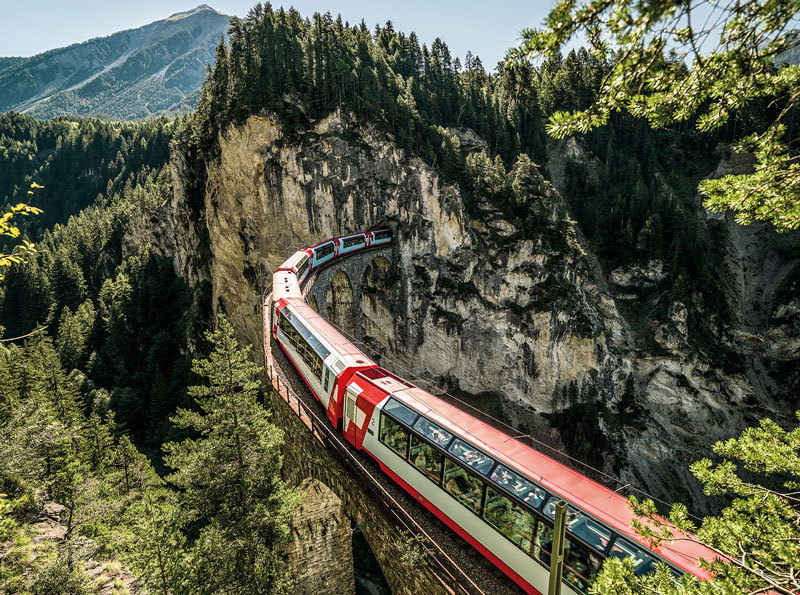 Do you know India has most extensive railway network across the globe that comprises of 115,000 km. These routes cover 65,000 km and more than 75000 stations. Moreover, they serve to 12,617 passengers. The route also includes many exceptional long routes that cover the length and breadth of the country. Read more to know the ten longest railway routes of India.

This is one of the longest railway routes in India that spans for almost 80 hours. It has 55 scheduled stops. The route is covered by one of the known train-Vivek express. It begins from Assam and crosses North East India to reach Kanyakumari. It covers approximately 4286 KM. This train was started in the year 2013.

This route covers the country from top to bottom. The Himsagar Express covers the route. It is the second longest-running train in India in terms of distance and time. It takes 72 hours to reach its destination and covers around 3787 km. It stops at 73 stations in its journey.

Ten Jammu Express covers the route, and it includes 523 stations. The route is spread over 3631 kilometers and stops at 62 stations. It has a running team of 71 hours. The train crosses 11 states and covers the route in a week, starting from the Katra to Kashmir. You can schedule the trip through IRCTC and use IRCTC promo codes to fetch a considerable discount.

Next in our list of top 10 longest railway routes of India is this route that starts from Mangalore in South India and ends to Jammu. It completes 3607 km and takes tentatively 68 hours to reach its destination. The train crosses 12 states and stops on the 61 stations that include Calicut, Vijayawada, Bhopal junction, New Delhi, and many more to name.

Guwahati Express covers the route, it starts the journey from Thiruvananthapuram and goes to Guwahati while covering 3553 km. It takes approximately 65 to complete its route. It crosses 48 stations and is scheduled to run once in the week. The train travels through 7 states that is the major highlight of this route.

This is also one of India’s longest railway routes that one should explore in his or her lifetime. The route begins from New Tinsukia and covers a distance of 3547 km in approximately 68 hours. The train crosses several states, including Dimapur, Kolkata, Guwahati, Bhubaneswar Vijayawada, and Bengaluru, making 35 halts I total.

Next in the list of longest railway routes of India that one should explore is Eranakulam (Kochi) to Barauni, which is covered by Raptisagar Express. It starts the journey from Kochi and reaches Barauni in 62 hours while covering the distance of 3468 km. The train crosses eight stops and includes 60 stations in total.

The Kerala Sampark covers the route, and the train runs from Chandigarh to Kochuveli Railway. It includes approximately 3398 km and completes approximately 54 hours to complete the route. It passes nine states and stops on 22 stations.

This is also one of the longest railway routes in India that one should explore in his lifetime. The route would take 57 hours and 20 minutes to complete. The train crosses through 7 states and reaches the south part of the country.  It covers around 3295 km and has 24 halts during the entire trip.

In this blog, we have curated ten longest railway routes that one should cover in his lifetime. These railway routes have many records for the time they take while covering the trip and stations that they cross. In case you are a wanderlust and have ample time to travel to take any of the routes listed above.